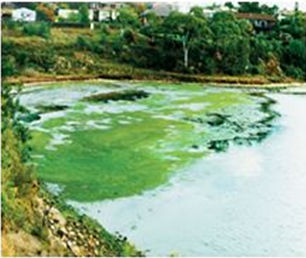 The main objectives are the development of a rapid multiplex SPR biosensor assay capable of detecting a combination of PSP/DSP/NSP toxins in shellfish as well as the development of SPR biosensor assays for emerging toxins, palytoxin and spirolides, to add to the multiplex assay. This WP aims also to determine toxicological properties of the new emerging marine toxins with particular reference to palytoxin and spirolides.

WP4b focuses on Marine toxins. Marine toxins are a serious food safety issue, of great relevance to the European consumer. The toxins are produced in algae and accumulate in filter feeding animals such as shellfish. For as long as this biotoxin problem has been known the means of detecting them has been the use of the mouse bioassay, a procedure which involves the administration of shellfish extracts to experimental mice to determine if there are toxins present. Though this procedure has served to protect the public it is a method that needs urgently replaced. There are several significant drawbacks associated with this method: insufficient sensitivity, expensive (need of animal house), very slow (24 hours observation time, plus extraction time) and substantial ethical concerns.

In addition to the problem of the mouse bioassay, there are other problems that complicate the situation in relation to marine toxin monitoring.

As a consequence of the importance of marine toxins to the safety of the consumer large scale efforts are being placed into developing alternative methods to the mouse bioassay. The Biocop project is focusing on the PSP toxins ( www.Biocop.org ) while another EC funded project called Detectox focused on the DSP toxins ( www.Detectox.eu ). The CONffIDENCE project aims to take these procedures along with several other toxin methods and produce a chip based technique which will be capable of detecting all the important marine toxins. This is an ambitious approach; i.e. a multiplex sensor that identifies toxins present in a very short time.

Chris Elliott coordinates the FP6 Integrated project BioCop, New Technologies to screen for the presence of multiple chemical contaminants in foods. He has also successfully coordinated FP4 and FP5 projects (both R&D and Demonstration projects). He has published more than 100 peer review articles on chemical contaminant detection and acts as a scientific advisor to many international organisations.

Natalia Vilarino is researcher in pharmacology at the University of Santiago de Compostela. She has experience in purification of toxins, toxicological studies and comparison of multiplex method for the detection of the major toxin targets in shellfish with EU reference method.

For further information about the work package 4b , please contact leaderWP4b@conffidence.eu