Detection, analysis and control of mycotoxins, marine biotoxins and alkaloids in food and feed.

The 7th Conference of The World Mycotoxin Forum® and the XIIIth IUPAC International Symposium on Mycotoxins and Phycotoxins was jointly organized in Rotterdam – the Netherlands, on 5-9 November 2012. During this conference a separate session was devoted to CONffIDENCE accomplishments in the areas of mycotoxins, marine biotoxins and alkaloids. During this CONffIDENCE workshop, results were presented through 4 lectures, 3 posters and demonstration activities. Multiplex dipsticks were demonstrated that have been developed to determine various Fusarium mycotoxins (fumonisins, DON, zearalenone, T-2 and HT-2 toxins) in food and feed and for tropane alkaloids (hyoscyamine and scopolamine) in feed.

In addition, a near infrared hyperspectral imaging method was displayed to detect ergot contamination in food and feed during transport of grain kernels on a moving belt. Opportunities for discussions on the presented project activities with stakeholders were available. Approximately 200 participants attended to the oral presentations and 30 to the workshop. 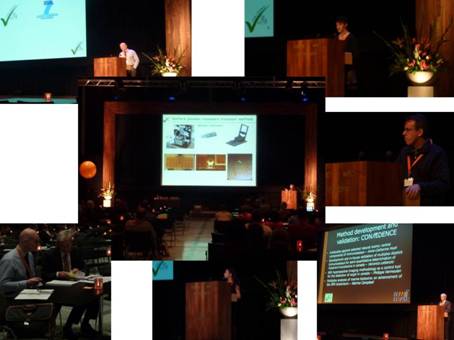 L3: Near infrared hyperspectral imaging methodology as a control tool for the detection of ergot in cereals

L4: Multiplex analysis of marine biotoxins: an advancement of the SPR biosensors 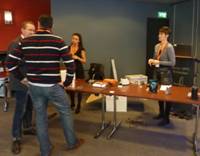 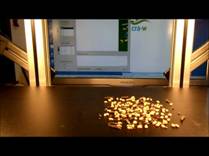 CONffIDENCE posters presented at the workshop

CONffIDENCE Demonstrations presented at the workshop 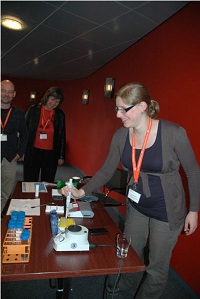