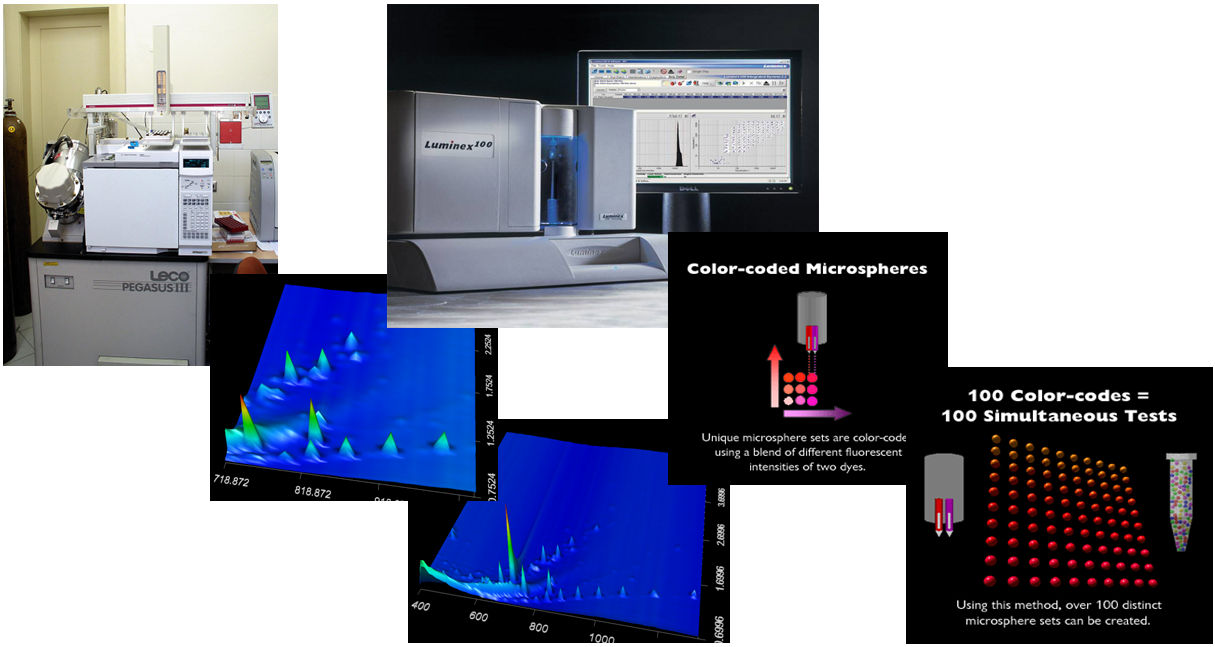 The specific WP1a objectives addressed are:

Nowadays organic pollutants such as PCBs, PAHs, dioxins, flame retardants and pesticides are invariably analysed by instrumental approaches such as Gas Chromatography/Mass Spectrometry (GC/MS) or Liquid Chromatography/MS (LC/MS). The large number of substances including isomers requires a very high separation power and adequate spectrometric resolution and precludes the use of classical simplified immunological approaches such as ELISAs. Thanks to the recent introduction of comprehensive GC x GC and revival of time-of-flight (TOF) MS instruments several hundreds of analytes, belonging to different classes of organic pollutants such as dioxin-like PCBs, PAHs, BFRs, pesticides can be theoretically measured in one run.

CONffIDENCE will address the following gaps in multiplex detection and toxicity assessment of organic pollutants within WP1 activities:

Bioactivity measurement and toxicity assessment : a strictly chemical analysis approach to organic pollutants ignores the bioactivity of active metabolites in food and feed. In WP1a CONffIDENCE will address this issue by developing an innovative flow-cytometric assay for the detection of thyroid-disrupting hydroxylated metabolites of organic pollutants in food and feed, based on their specific interaction with transport proteins. This unique approach is highly complementary to the metabolomics-like comprehensive chemical profiling and a breakthrough in the attitude towards organic pollutant testing.

Data handling: there is an urgent need for automated interpretation of complex GC/TOFMS and GCxGC/TOFMS data files. The software provided by the instrument manufacturers is unable to deal with the complexity of fluctuating signals and a huge background in real sample extracts, requiring typically several hours of data evaluation per sample. In WP1a CONffIDENCE will adopt the metabolomics prototype software development from the FP6 project Metaphor and modify that package for GCxGC/TOFMS in such a way that for the first time a metabolomics-like approach to comprehensive organic pollutants profiling will be achieved.

Persistent organic pollutants: Maximum levels in feed and food have been set in (EC) No 1881/2006 for various persistent organic pollutants (POPs). With regard to legislative requirements and considering EFSA’s request for more data on POPs occurrence in EU diets, representatives and hydroxylated metabolites of the following three groups are selected as target analytes:

(iii) polycyclic aromatic hydrocarbons (PAHs) – ubiquitous environmental/ processing contaminants with carcinogenic potency. The sample matrices for the analysis of PCBs and BFRs will be fish and fish feed since fish is one of the most important dietary sources of these POPs. Furthermore cereals, being a key commodity for production of food for vulnerable groups such as infants and young children, are selected as matrix for PAHs.

Dairy will not be considered for POPs: on occasion of the second open day of the FP6-project GoodFood (November 2006) Nestlés’executive Manfred Noll clearly stated that the main risk in dairy is residues of antibiotics; other residues being tested only a few times per year, or when problems become apparent.

Prof Jana Hajslova is the head of the Food Contaminants and Toxicants Laboratory at the Department Food Chemistry and Analysis, Institute of Chemical Technology Prague . She is an expert in food chemistry and analysis, she has published widely (over 150 original papers) on organic contaminants and chemical food safety. Currently, she is a member 5 consortia of EU collaborative projects (6 th and 7 th Framework program). She worked as a board member of the EU-backed Advisory Group on Food Quality and Safety and is a member of European Union’s Scientific Committee on Emerging and Newly Identified Health Risks (SCENIHR). She has participated in many international research activities and has established close collaboration with many institutions, including the UN´s WHO and FAO, and the European Commission’s Joint Research Centre. She is a member of the international editorial board of the journal Food Additives and Contaminants. Recently, she has become a national delegate for EU 7 th Framework Research Program Committee.

For further information about the work package 1a, please contact leaderWP1a@conffidence.eu